Fighting for dignity and freedom in our lifetime
Home » The Investigation

My name is Sbu Buthelezi and this is my story.

I am a former head of department for the Gauteng Department of Public Transport, Roads and Works.

A few years ago I raised concerns about how business was being conducted in the department, particularly as it related to the process and awarding of tenders (South Africans need no introduction to this – the murky world of tenders and tendrepreneurs is well publicised, with doubt often cast over whether tenders are awarded to the best applicant or the most politically connected). I was concerned about irregular behaviour, about due process not being followed, about tender-procedure guidelines being flouted and about possible corruption.

I raised my concerns with the MEC in charge of the department at the time. My allegations were met with counter-allegations (strangely enough, allegations were only levelled against me in response to my allegations – prior to this there seemed to be no unhappiness with the way I conducted myself). The then-premier of the province ordered that an investigation be launched into these allegations.

What followed was a long and drawn-out affair that has played itself out publicly and during which my name and reputation have been unfairly and unreasonably tarnished in the public domain.

Powerplays, political manipulation and a lop-sided investigation resulted in my public image being devalued, which prejudiced me both socially and financially.

I want to set the record straight by presenting the facts, clearing up any misconceptions and putting across my side of the story.

I am proud of my long service in government, and what I achieved in my time there. I focused on taking responsibility, implementation and getting things done – something unusual in government departments.

What follows is my story:

On September 18 2008, in my capacity as head of department of the Gauteng Department of Public Transport, Roads and Works, I sent an email to the then-MEC of the department, Ignatius Jacobs, detailing what I felt were some worrying practices taking place within the department.

I was concerned that Mr Jacobs, by interfering in tender procurement procedures, was undermining my efforts at enforcing solid ethical standards in the department. I also made the allegation that “there is growing feedback that, increasingly, our senior managers serving in various departmental acquisition councils [DACs] are soliciting favours from contractors in return for favourable outcomes from DAC decisions”. DACs play an influential role in the awarding of tenders by pronouncing on the suitability of bidders.

Mr Jacobs was disappointed with the manner in which I raised my concerns, and that I had copied other senior officials in on the mail. He complained to then-Gauteng Premier Mbhazima Shilowa, who tried to finalise the matter by instructing that the MEC should reprimand me, and that I should apologise. MEC Jacobs was not satisfied with this outcome, and started making a number of counter-allegations. Mr Shilowa then ordered an investigation into my allegations and the counter-allegations made against me.

I made a full submission to the investigation, which was conducted by the Resolve Group under the leadership of Mr Peter Harris.

Affidavits by some senior members of the department supported my allegations. These were unfortunately dismissed by the resultant Harris report.

Some issues that my submission covered:

Mr Jacobs’s habit of meeting in private with senior officials and issuing irregular instructions caused tension in the workplace; employees were divided into factions that either listened to the MEC or followed required procedures.

I am of the view that the MEC’s actions undermined my efforts to ensure that tender committee officials adhered to the highest ethical standards in procurement practices.

Following my approach to the Public Protector (see below), she indicated that her office will follow up with the premier’s office to have some of my complaints reopened.

Mr Jacobs’s submission, a reply to my September 18 2008 email and my submission to the investigation, contained counter-allegations against me and called for me to be suspended on grounds of, inter alia, insubordination, misconduct and poor performance.

In my reply to this (at the end of November 2008), I submitted he had not made out a case against me. I also felt it was a hasty attempt on his behalf to deflect attention away from his own failures. I defended my position, and also highlighted the fact that less than a year before this he had given public praise of my performance as head of department.

I also found it strange that issues of my poor performance were only raised in response to my email, and not before. I pointed to the good performance of the department under my leadership.

The finding and fallout

Following the investigation by Mr Harris and the Resolve Group (the fairness of which I dispute to this day), I was suspended by the new premier of Gauteng, Ms Nomvula Mokonyane. 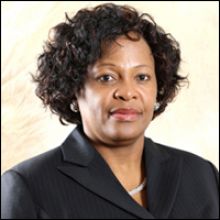 The Harris report had been issued on June 8 2009, and recommended disciplinary action against me. I responded to the report, disagreeing with some of its findings and raising concerns about the investigation’s failure to probe certain of the allegations made against Mr Jacobs.

On July 14 I was suspended and given notice of intention to institute disciplinary action. These proceedings never took place, and on November 20 the department and I entered into a settlement by which I resigned on November 30 of that year.

In terms of the agreement, an announcement was supposed to be made to the media that my suspension was lifted, and that all charges against me were dropped. The announcement as agreed was never made; instead, a different announcement was made to the effect that my resignation had been accepted because the department had no place for corruption. This was in total disregard of an attachment to the settlement agreement. This formed part my complaint to the Public Protector.

The agreement also stipulated that neither party was to make any “adverse, untrue, or misleading statements about each other”.

As such apology was not forthcoming, I approached the Pubic Protector in April 2010 for relief in which I asked that the department rescind the Harris report.

In a letter dated May 30 2011, the Public Protector had concerns regarding the rescission of the report and my request for a media release from the department apologising for an investigation that was unreasonable and not procedurally fair.

The Public Protector did say that the department breached the terms of the settlement agreement by making adverse statements against me through the circular to employees and the media. She indicated she intends pursuing this issue with the department. 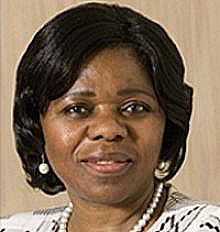 She also indicated that she would look into outstanding issues regarding allegations against Mr Jacobs contained in the Harris report.

In a letter dated September 19 2011, I challenged certain aspects of the Public Protector’s May 2011 decisions.

I again requested that the Harris report be set aside; I called for the investigation into Mr Jacobs to be completed; and I objected to the publication of the Resolve Group (Harris) report and alleged that it was released for political gain by the current premier, Ms Mokonyane (This was made public in May 2010), which is an abuse of power. I called for an apology from the premier and the department.

The publication of the Harris report has prejudiced me financially and socially. I have struggled with appointment to professional positions as a result of my impaired public image, and I’ve requested the Public Protector not to be silent on this part of my complaint. I also raised the objection that the Harris investigation treated me unfairly compared with Mr Jacobs (all allegations against me were considered, not so with Mr Jacobs), and asked the Public Protector for a response on the issue of bias.

Following my September 2008 email detailing what I thought were irregular practices in the Gauteng Department of Public Transport, Roads and Works – and the allegations, counter-allegations and investigation that followed – my name was unfairly dragged through the mud by the media.

I do feel, and have made the allegations in the past, that the hand of Ignatius Jacobs, former MEC of the department, was behind some of the negative coverage of me in City Press in late 2008.

The central thrust of these articles was that the contract surrounding the construction of a certain hospital was messy, and the impression was created that the failure to deliver the hospital was due to inefficiency or even corruption on my part, which was not the case.

In my opinion, the articles were completely biased, inaccurate and unfair as they sought to paint me in a negative light despite me having provided comprehensive information to the journalists from City Press.

In order to assist in clearing my name and improving my dented public image, I attempted to tackle some of what I thought was unfair media coverage.

I attempted to deal with the City Press coverage, the substance of which I took issue with. I was advised that the press ombud did not consider this matter as I had resigned from my position as HOD of the department.

I thereafter petitioned the South African National Editors’ Forum (Sanef) on this issue. Sanef responded by saying that it was not the correct platform for this, and I needed to re-approach the press ombudsman. This proved to be a wild goose chase.

I also resolved matters of accuracy of reporting, relating to my resignation and the settlement agreement, with The Sowetan and The Star through the press ombudsman.